The Steering Group offer voluntary guidance to the work of RAW staff where appropriate, and focusses on defining and chairing General Meeting agendas, as well as representing RAW in different arenas.

I was born in Tanzania (East Africa, where my parents were also born) and moved to the UK in the mid 60’s. I have made Wales my home and have lived here since 1999 having previously studied in Cardiff in the 80’s. I am a Registered Social Worker and have worked in a variety of setting for about 25 years. Now, I am Programme Director of the MA in Social Work at the School of Social Sciences at Cardiff University.

I have always been actively involved in anti-discriminatory work and meeting people who were also interested in offering support on issues of race. This great group of individuals looked at how we might organise to actively make Wales an anti-racist society and led to us setting up Race Alliance Wales. I am pleased to be able to work along these lines both in my main job and campaigning work, with organisations such as Plaid BME, British Association of Social Workers and more generally across the university

Faith is a co-founder of Women Stepping Out, which promotes education and self-confidence within the Welsh African Caribbean community and managed it between 1994 -2014. She has worked to help empower children, young people, families, and communities in her many roles including community activist, life coach, mentor, and community development consultant. She has 29 years of experience working with communities and is a qualified youth and community practitioner with a BA (Hon) in Community Education and a Master’s in Education. She has spoken at national and international conferences and was an international Panel Member at the 2021 Series UNESCO Chair In Bioethics International panel discussion webinar 36 in collaboration with the World Medical Association.

She is also a member of the Equality and Human Rights Commission Wales Committee and the managing director of FW Consultancy. Faith was appointed by the Police and Crime Commissioner for South Wales to conduct consultation work on his behalf with the Africa/Caribbean community in South Wales. As well as commissioned by Diverse Cymru to undertake seminal research to identify the needs of the diverse communities of Wales that live with Dementia.

Faith is also one of the Directors of Friends of Cymru Sickle Cell and Thalassaemia (FOCSCT) C.I.C, which provides support to those affected and their families. FOCSCT was instrumental in securing funding for the newly Commissioned Service by the Welsh Health Specialised Services Committee (WHSSC) for Sickle Cell Disorder, Thalassaemia Disorder, and additional Rare Hereditary Anaemias. Faith was named in Wales Online, Brilliant Black & Welsh: A Celebration of 100 African Caribbean and African Welsh People. Faith's parents are African Caribbean from Jamaica and were invited to the UK in the 1960s. She is from a family of professional and international athletes and enjoys watching most sport and for five years played Netball for Wales.

Gareth is a lawyer specialising in human rights, environment, and public law; bringing legal challenges against public bodies and claims against multinational companies. He has worked for a number of environmental and human rights NGOs around the world, bringing cases and advising on legal and policy issues, including Welsh constitutional matters. He works as a legal consultant, leads Asylum Justice’s NRPF project, as well as being a founding director of a biopharma company.

Gareth is of Welsh-Colombian heritage and his upbringing and work has exposed him to many of the equalities, race, and other discriminatory issues we face today in Wales, the UK and globally. He is passionate about social justice and is particularly interested in the impact of climate change and ecological destruction on vulnerable and marginalized groups.

Marco is the founder and Chief Executive of ProMo Cymru.  Marco was born in Andalucia, Spain. Marco is involved with various elements of the Interim Youth Work Board Developments and is the Chair of the Wales Internet Safety Partnership. Marco is a percussionist with the Cougar - Carib, Afro, Latin band and plays Touch (Rugby) in the Seniors category for Wales.

Maria arrived in Wales from Colombia as a political refugee in 1978. The current director of Women Connect First, which primary aim is to empower and create leadership amongst BME women in Wales.

Over the past 35 years, Maria has been actively involved within the third and public sectors in Wales, in particular developing innovative organisations, projects and services that respond to the needs of Black and Minority Ethnic (BME) communities. Amongst others she is a founder member of the Black Association of Women Step Out (BAWSO Women’s Aid), AWETU mental health project, Multicultural Crossroads, the Black Voluntary Sector Network Wales (BVSNW) to name but few.
A qualified social worker, trainer, adult educator, Maria combines a broad range of community development, management and grass roots experience with strategic visioning and cross sector partnership working. Over the last 20 years Maria has represented the BME sector at many levels including the TSPC, Welsh Race Forum, ministerial meeting to name but few.

In particular having a keen interest in the role of women, BME people within civic society, Maria has been instrumental in the development of projects and forums for Black and Minority Ethnic people to actively engage in their communities, informing policy development and engaging in decision making processes within Wales and the UK.
Maria’s personal and professional life has been driven by her passion, commitment and belief in social justice and equality.

Nirushan is a Cardiff University Law and Politics student. Passionate about social action and having a range of experience with different organisations and volunteering. He was a Peer Researcher with RAW conducting research into the topic of Racism within the Welsh Education system , he was able to further understand the issues affecting BAME young people in Wales. With experience in working on campaigns around Employment and Education as a Leader within Citizens Cymru Wales which focused on tackling inequality , poverty wages and discrimination in the communities of Cardiff. Nirushan sits on various boards and forums including as a trustee for WCIA , trustee with Youth Cymru and being part of the National BAME Youth Forum , Grange Pavilion Youth Forum, Peace First Youth Advisory Board and being part of TEAM Panel at National Theatre Wales. Looking to make a difference wherever possible and to create a more equal Wales. He also has a podcast called ‘’Let’s Talk Ethnic” looking at diaspora issues in Wales.

I’m really pleased to be part of the RAW Steering Group as I’ve been part of the beginning when RAW was formed and I have been able to see the group grow and expand into a space and platform where the group can effectively drive forward change for BAME communities and act as a supportive space for BAME individuals to make Wales a more equal place.”

Nirushan is originally from Sri Lanka, moving to Cardiff at the age of 8 with his mother and 2 older siblings making Cardiff and Wales their home. He enjoys volunteering, films, reading , sports and anime.

Pete is currently a councillor representing Plasnewydd ward on Cardiff Council, and is the only Chinese councillor in Wales.

Born in Hong Kong, he is a first generation immigrant, and passionate about celebrating the diversity of identify that comes with alternative heritages.

He is a project and policy professional with over 20 years’ experience in political, Government and voluntary sector public service delivery; including Project management, HR, Operational delivery, political adviser, and has also been heavily involved in engaging and supporting local communities through political campaigning. He hopes to bring the experience of the challenges he faced in being an ethnic minority working in these fields to achieving genuine race equality in Wales.

In his spare time he enjoys the visual arts and messing about with bicycles.

Rocio Cifuentes, CEO, EYST - Rocio is an experienced, committed and values-driven third sector professional with over 20 years’ experience specifically in the BME Third Sector in Wales. Rocio has led and developed EYST Wales since its inception in 2005, giving her specific knowledge of the BME Third sector in Wales and its specific strengths and challenges. EYST is also currently Welsh Government’s appointed Lead Body for Race in Wales. Rocio is the daughter of political refugees from Chile, who came to Wales with her as a baby and settled in Swansea. Brought up in Swansea, Rocio went on to attend Cambridge University, where she read Social and Political Science. Since 2017 she has been a Wales committee member of the Equality and Human Rights Commission. Rocio is also Chair of the Welsh Refugee Coalition, a successful network of over 40 organisations working to strengthen the voice of refugees and asylum seekers in Wales. Rocio is a school governor and a board member of WCVA, of Mixtup and of Friends of Cardiff Sickle Cell and Thalassaemia. 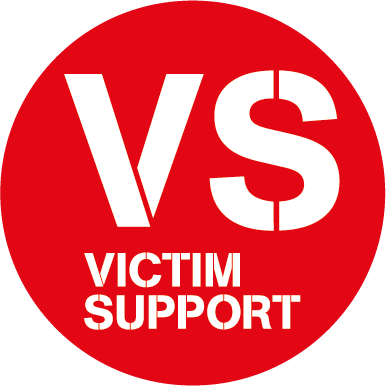 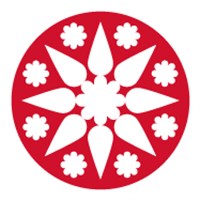 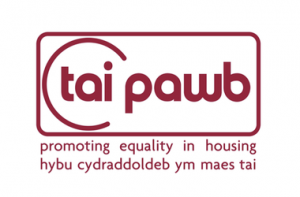 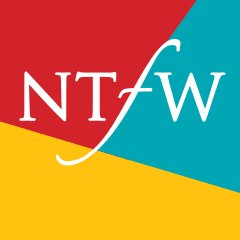 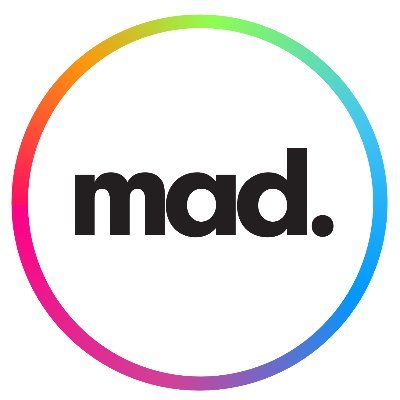 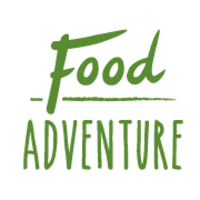 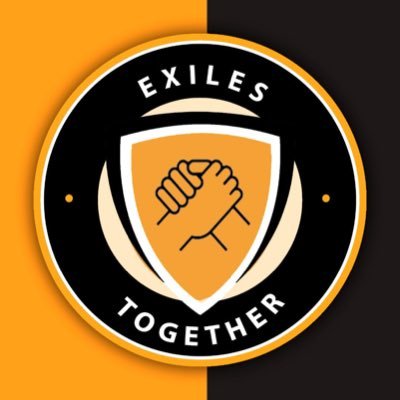 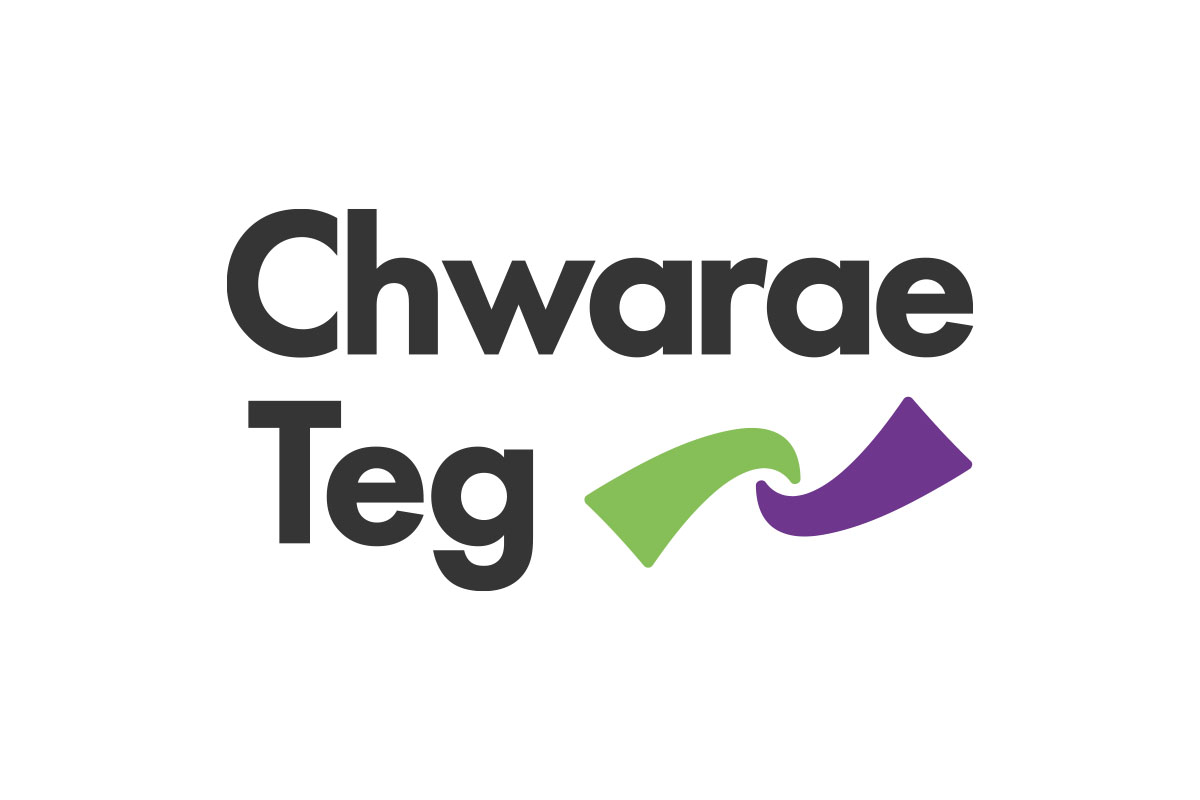 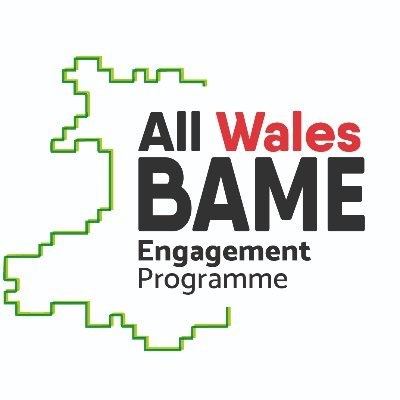 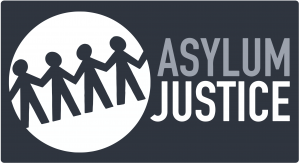 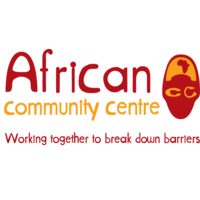 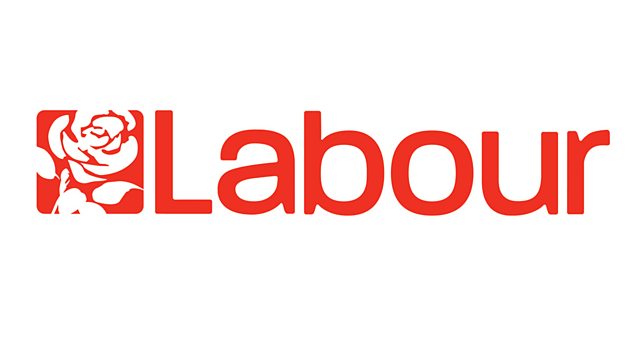 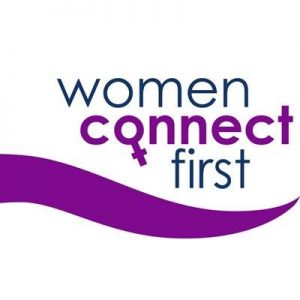 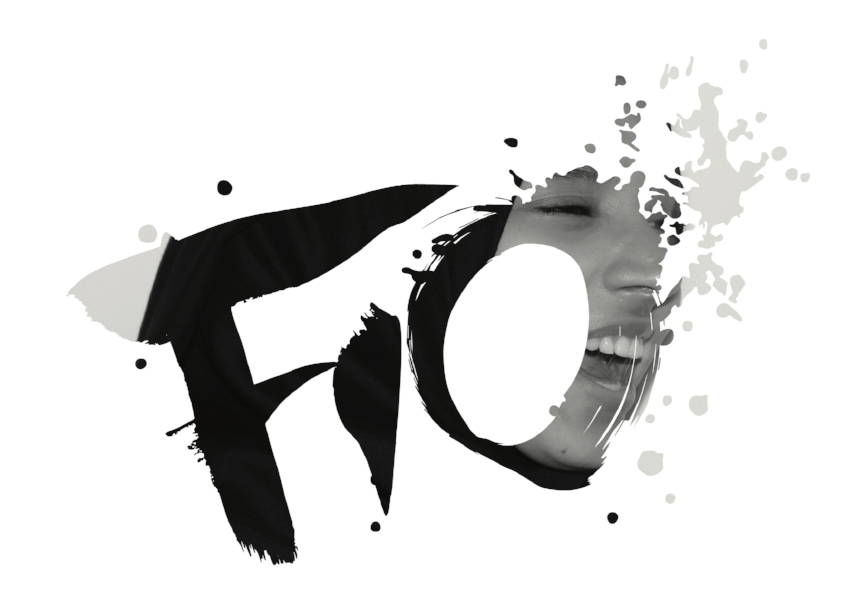 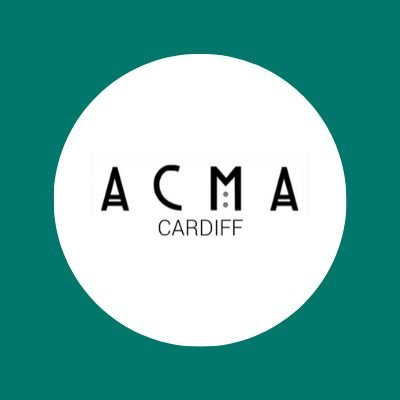 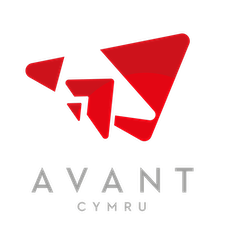 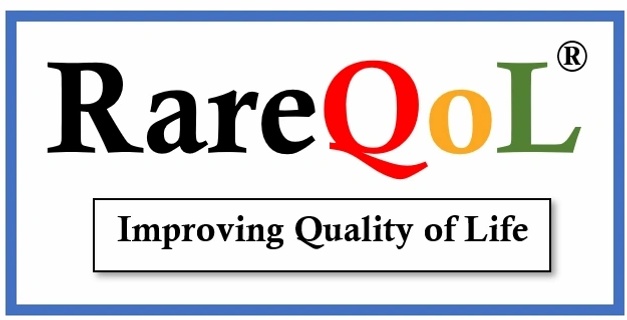 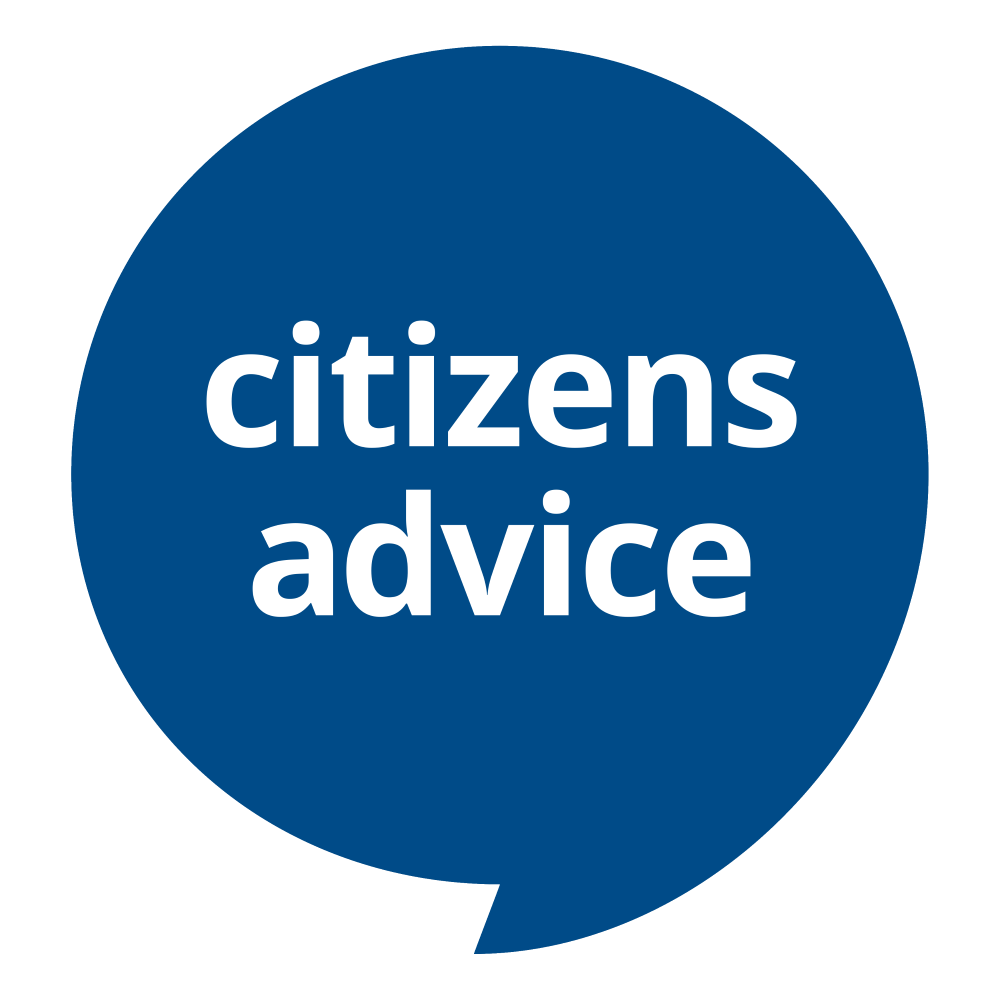 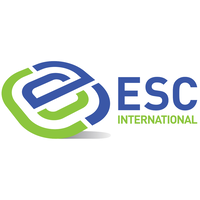 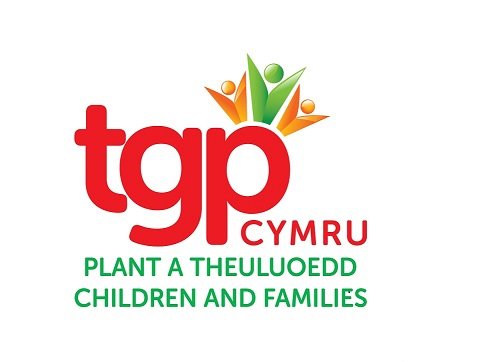 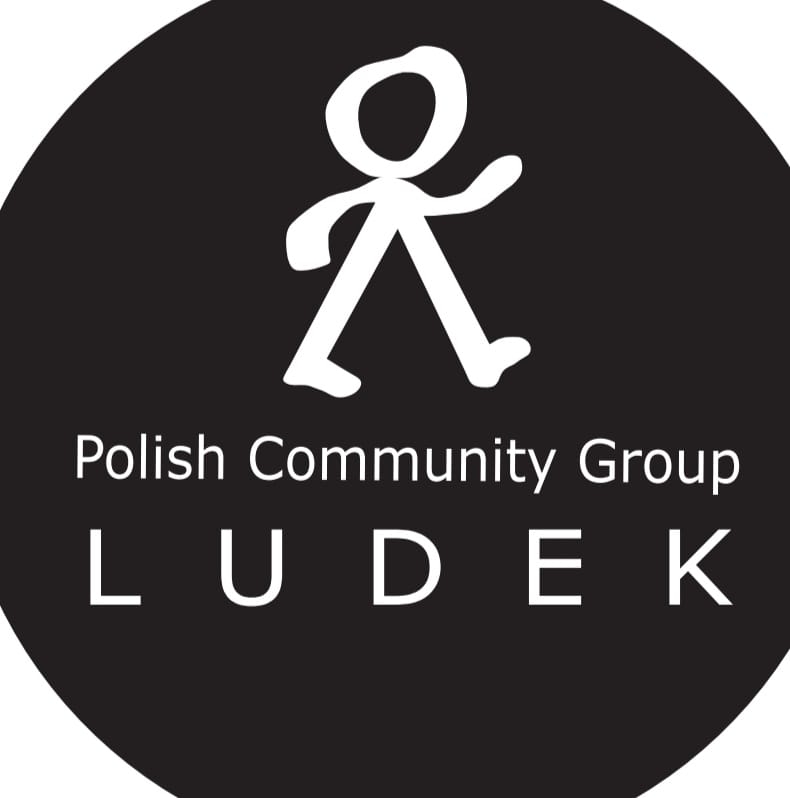 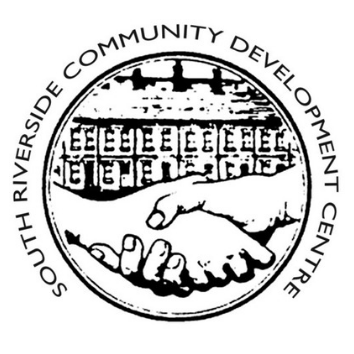 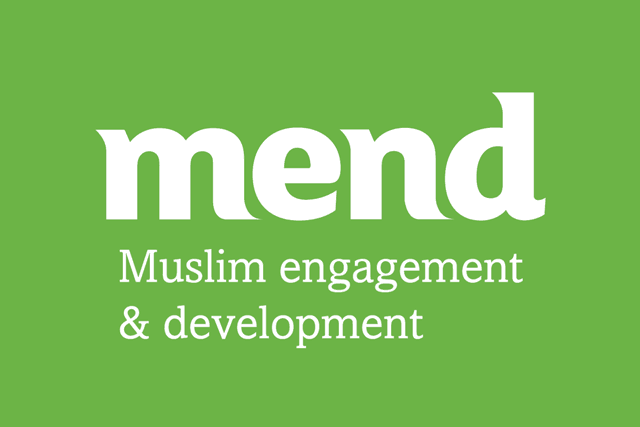 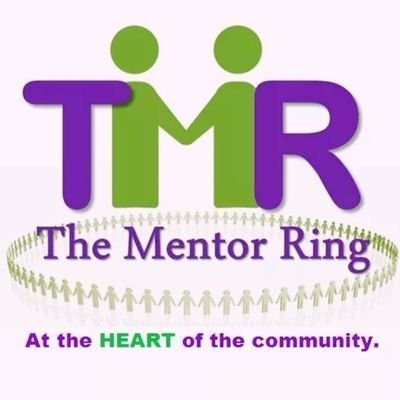 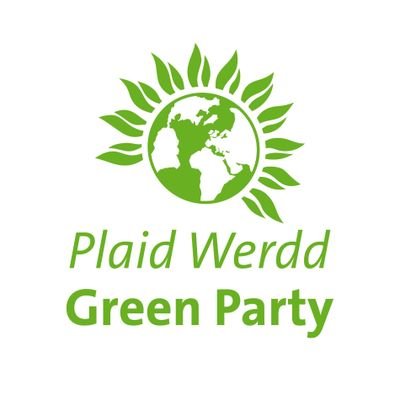 The #Queenspeech announced new proposals for the #BillofRights which will replace the #HumanRightsAct.

What does that mean?
This 10min video examines the criticisms of the act and what the government want to change.

Last year we ran the Make Your Mark campaign to encourage young people in Wales🏴󠁧󠁢󠁷󠁬󠁳󠁿 to Vote in the Senedd elections.. Today we are reminding everyone aged 16 and over to do that in the Local Elections!! Your voice matters #MakeYourMark2022 🗳✊🏾💪🏽

Any cookies that may not be particularly necessary for the website to function and is used specifically to collect user personal data via analytics, ads, other embedded contents are termed as non-necessary cookies. It is mandatory to procure user consent prior to running these cookies on your website.